HIP AND HOP IN THE HOUSE! 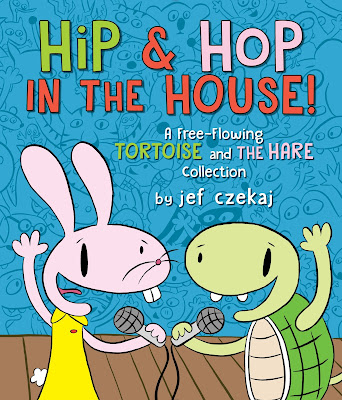 GREAT NEWS: Hip & Hop in the House! collects both books plus a new, mini, comic story.
Hip is a turtle who raps really slowly. Hop is a bunny who raps superfast. Even though they both live in Oldskool County, neither of them has ever met. Until now.

A hip new take on the tortoise and the hare fable, this picture book collection features simple, engaging art that combines elements of comics with those of a traditional picture book. Short, humorous raps read at varying speeds make this a rollicking read aloud that kids will want to hear over and over.

Hip and Hop in the House! collects both Hip and Hop, Don’t Stop! and its sequel, Yes, Yes, Yaul! It also includes a never-before-published comic adventure.


Reviews for the originals

"Czekaj’s tale radiates good cheer, in both its snappy dialogue and its vitalizing artwork, and effectively counsels that involvement is one of the keys to living." -Kirkus Reviews

"Czekaj’s bright, fun art style is consistent with his previous work, including illustrations for Nickelodeon Magazine and The Circulatory Story (2010), and he includes plenty of humor in the words, action in the layouts, and visual clues to heighten the experience of reading (or rapping) aloud." -Booklist

Buy it at your local, independent bookstore or from IndieBound, Amazon, or Barnes & Noble. 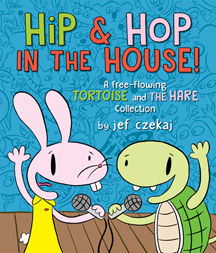